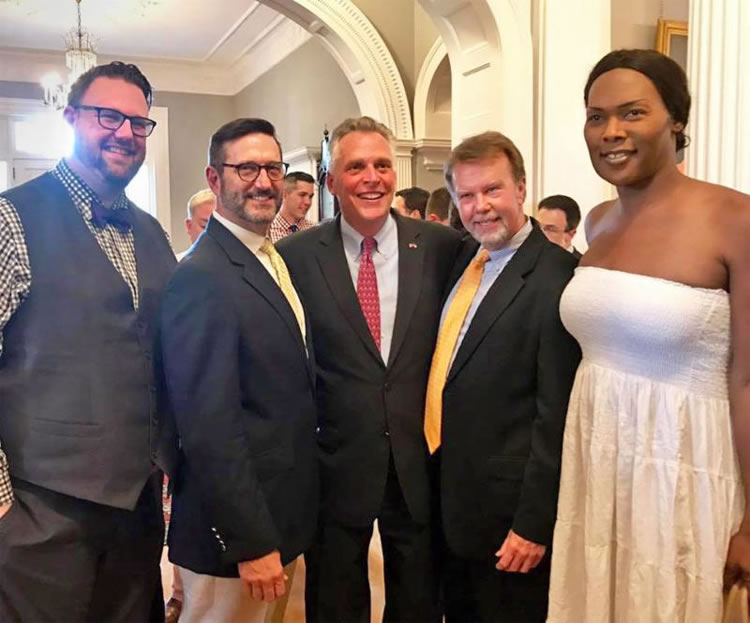 Once again, Governor Terry McAuliffe, in recognition of Pride Month, hosted the LGBT community at the Executive Mansion. McAuliffe is the first Virginia governor to hold recognitions in honor of the annual celebration.

Attendees from across the commonwealth were greeted by the Governor who thanked everyone for their support over the last four years. The Governor has been a staunch supporter of marriage equality and nondiscrimination measures that protect LGBT people.

Governor McAuliffe also recognized Equality Virginia and their executive director, James Parrish for the outstanding leadership that has been a major force in legislative progress as well as helping stop bad bills from becoming law. Virginia Pride president James Milner presented a gift on behalf of all Virginia pride festival organizers to Governor and Mrs. McAuliffe.

About 150 people attended the reception.