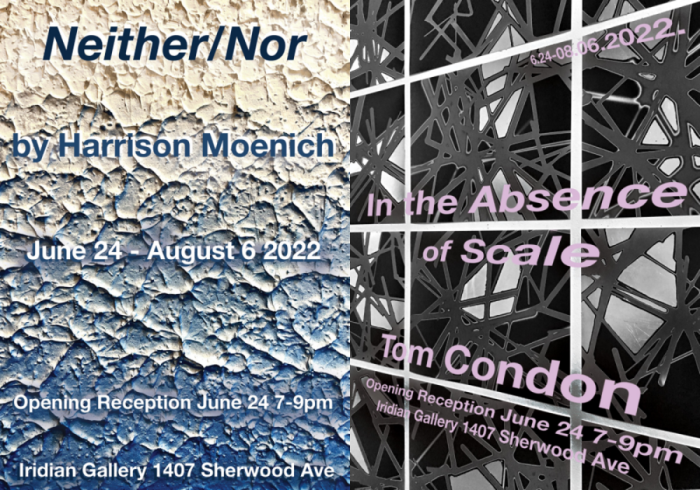 Two concurrent solo shows by Richmond Artists Harrison Moenich and Tom Condon on view in the gallery daily from 9am-5pm.

"Neither/Nor", featuring new paintings from Harrison Moenich explores the depth and texture of the lived non-binary experience in America. Through these paintings, there is a search for hope that one day individuals can be seen and celebrated without being compared or neglected.

Photographer Tom Condon presents "In the Absence of Scale", featuring his lensless photogram and chemigram images. Created through unconventional resists, light, and chemistry, these pieces are not photos, but art objects that reflect material experience and invited chance as a co-author.

Join us for the opening Friday, June 24 7-9pm with light refreshments and a cash bar. Masks and social distancing are strongly recommended. 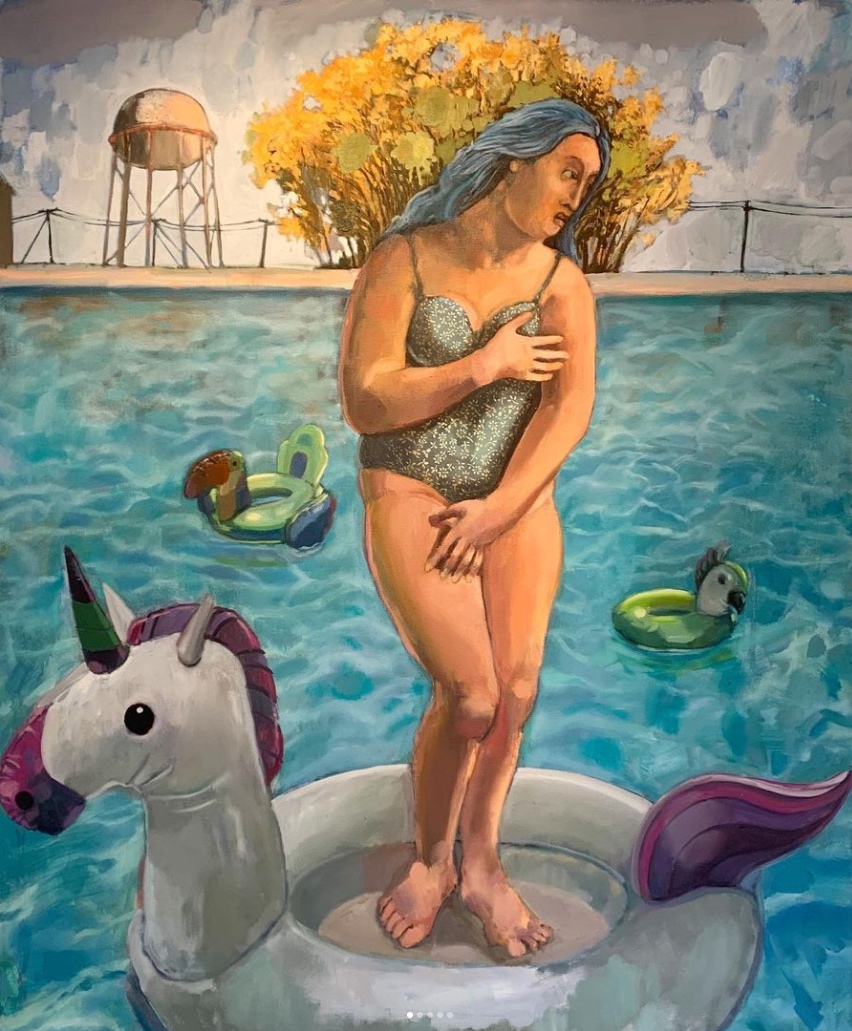 Wysteria Ivy is a stunning collection of paintings, drawings, and sculptural costume pieces.  The exhibition is on view at the Iridian Gallery until February 19th. Open Tuesday through Sunday 9am-5pm. Face masks required. Artist Talk on YouTube 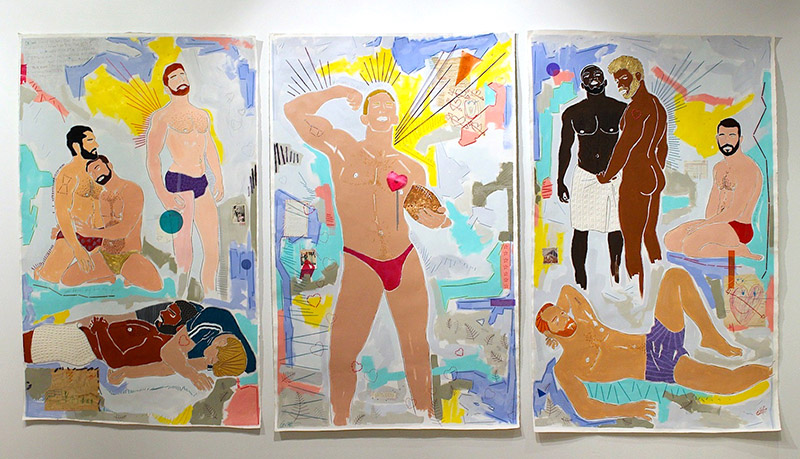 The Iridian Gallery is pleased to present a solo exhibition featuring the work of Harrisburg, PA painter Andrew Sedgwick Guth. “Love Rush,” spanning all three Iridian exhibition spaces, features about 100 new works by Guth. Many were created during the last year of the pandemic, and some were intended for shows that never opened to the public.

Guth’s mixed media artwork is influenced by our common era of social media, seeking to understand his place as a queer artist navigating a 21st century world of technological pressures (social expectations, love, body issues, sexual capital, spiritualism, family, etc.). He pulls motifs, symbols, and techniques from his cultural background (Pennsylvania German), applying the heteronormative and protestant symbolism to queer existence and relationships. He creates his own personal folklore, mixing traditional 19th century Pennsylvania embroidery techniques with his love of constellations, astrology, and Greek mythology. Guth recontextualizes images culled from digital connections and curated social media feeds, including queer men in intimate settings alongside imagery and customs which had not been constructed to include them. The intended result is work saturated in color and the empowerment of vulnerability.

Andrew Sedgwick Guth’s work has been shown regionally and nationally continuously since 2001. His paintings and printwork have been exhibited in Philadelphia, Toronto, Pittsburgh, New York, Washington DC, Baltimore, Miami, Provincetown, and Harrisburg, PA. His painting and sculptures are included in numerous private collections throughout the United States, Canada, Great Britain, Switzerland, Australia, and France.

We also have an online store for his artwork: 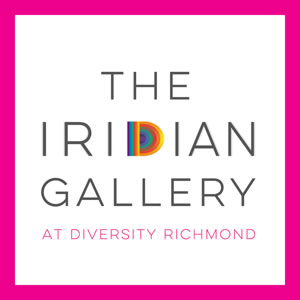 The mission of The Iridian Gallery at Diversity Richmond is to foster lesbian, gay, bisexual, transgender, queer+ artists and their community by exhibiting their art, as well as work that relates to their experiences. The Iridian Gallery seeks to position the gallery and its exhibitions as a vital constituent of Greater Richmond’s vibrant arts culture.