What being here is all about

I just got off the phone with an employer who believes one of his employees is in crisis due to their issues with their gender identity. The employee has exhibited behaviors that indicate they need help and support and feel as though they have no one to talk with. It sounded like a crisis situation.

Thankfully I could refer them to ROSMY and the Fan Free Clinic. And, thankfully I have no concern that both organizations will be responsive and supportive and give this person, who we can all identify with, the care they need.

I shared with the employer how fortunate his employee was to have such a caring boss. Many employers would have fired this young person. It is still legal in Virginia to do that, but thankfully, in this instance, the company is run by someone other than bigots.

Calls such as the one I received today are far from uncommon. Our staff social worker, Debra Terry, hears from folks seeking help every day.

The call this morning was yet another reminder that there is still much work to do. It is only because of your support that Diversity Richmond is still here. Thank you for making it possible for us to continue our mission work of serving the LGBT+ community, one person at a time. If you know of anyone going through something like this, please have them reach out.

Our justice has outraged many 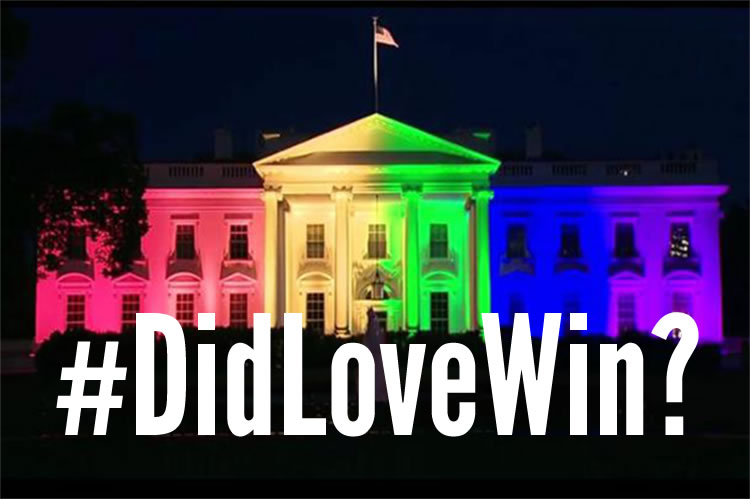 Our most recent marriage victory has incited madness among much of our opposition. Several Virginia lawmakers are preparing for battle in the name of religious freedoms. The scare tactic, which has absolutely no merit, that clergy will be required to marry same-sex couples when it goes against their religious beliefs, has helped rally the troops. That, along with business owners believing they should be allowed to not serve the total public, has enraged some of the rightwing masses. We have work to do.

According to a recent article in the Richmond Times Dispatch, Delegate C. Todd Gilbert, R-Shenandoah, stated that protecting religious freedoms is going to be the primary focus for the House Republicans in the 2016 General Assembly.

We all know what this means. Clergy continues to have the freedom to refuse to marry anyone, regardless of the reason. And that’s the way it should be. However, denying a customer services because of sexual orientation or gender identity is the same as denying someone services because of their race. Neither is chosen.

History is repeating itself. The same sort of antics took place when the Civil Rights Act was signed back in the 1960’s.

The time is now to loudly, constantly and clearly bring to the attention of the Virginia public the truth. The right’s scare tactics are working to a certain extent, as they always do. But we can once again win, as we have many times, by simply and often preaching the truth.

Please take the time to contact your legislator. Contact Equality Virginia and discuss their General Assembly plans. We can do this. We can defeat ignorance and injustice by simply telling the truth. Please join in.

Marriage Equality is the law of the land 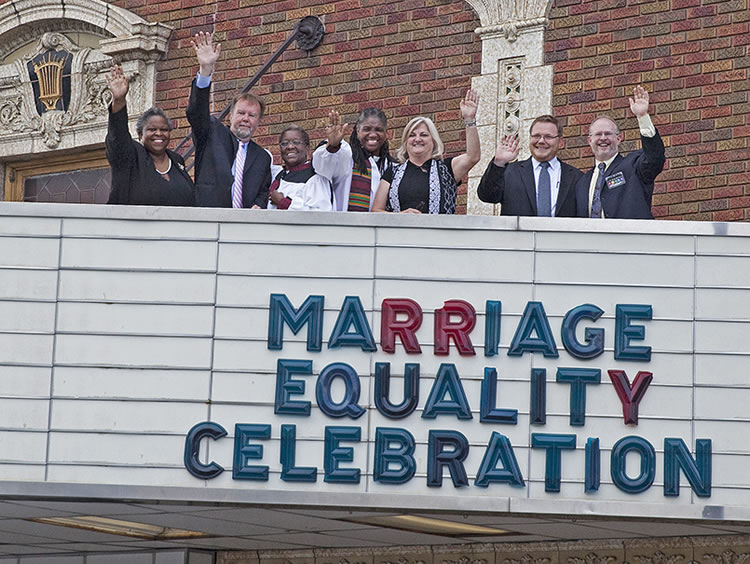 “This victory did not happen because of work that started two or three years ago. It started a long time ago. A time when it was not safe to come out. And we have people who have come before us. Many of them have lost their jobs, their families, their friends, their community, and some of them actually lost their lives. So tonight, we remember. We remember then. And tonight, we celebrate.” — Bill Harrison

Read more about the decision and the celebration

Diversity Richmond and several other local organizations are hosting an event to recognize the Supreme Court's decision regarding marriage equality. Please join us at our news conference and reception at The Byrd Theater, 2908 West Cary Street, Richmond 23221, this afternoon 5:30-6:30 PM.

Our Governor needs to hear from you 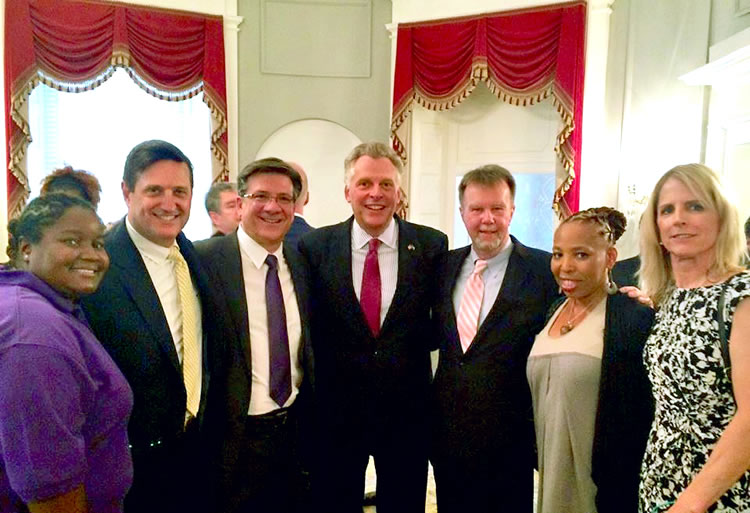 We have seen lots of history made the last few years and recently another chapter was written when Governor and Mrs. McAuliffe hosted their second annual event recognizing LGBT Pride Month. The executive mansion was filled with LGBT people and our allies in celebration of our accomplishments and victories.

But, we are ever-mindful that there is still much work to do. It is still legal in Virginia to deny employment based on sexual orientation and gender identity. Our children are bullied and sometimes physically harmed. Transgender discrimination is a daily occurrence, making life sometimes almost unbearable for many of our brothers and sisters.

So for the many elected officials, such as Governor McAuliffe, need to hear from us. They need to know that we are there for him as they for us. Send him an email through www.Virginia.gov or leave him a voice mail at 804-786-2211.

More work to do, but we will do it. We always do. 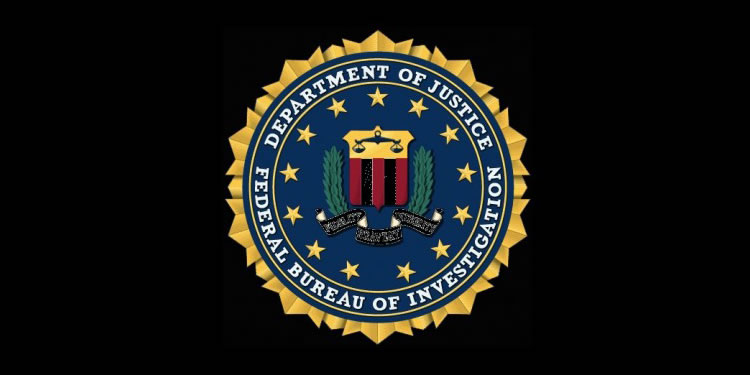 A couple of years ago two visitors came to my office, identifying themselves as FBI agents. Needless to say, my reaction was one of fear, but much to my surprise, the callers were there to find out how we could partner in educating the LGBT community about hate crimes.

That was the beginning of a relationship that has grown into an on-going partnership. I met with another FBI agent today who is visiting partner agencies of the local FBI offices to ensure they are supplying the services we need. Yes indeed, how things have changed.

One local police chief, when asked during a community conversation what had brought about the change of attitude, shared that police officers are now college educated people who have LGBT relatives and friends. Unfair treatment and prejudices against LGBT people are no longer acceptable or tolerated.

Much of this progress is because we came out of our closets. Allowing people to get to know us is the most effective way to change attitudes. And it is something that we can all do.

Millennials are the new LGBTQ+ “pioneers” 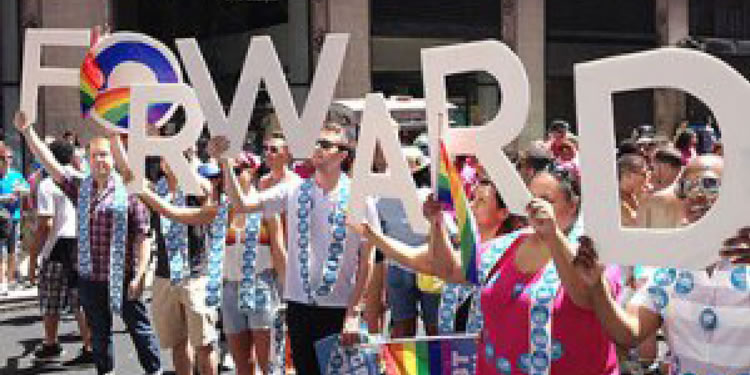 Our world is in good hands

I recently met with an organizer of an LGBT employee group with the Richmond office one of America's larger corporations. Quite impressive he was. Not only is he taking a lead in establishing the group, he is one of the most self-assured, confident and welcoming people I have met in a long time. I share this because he is only 24 years old! Through our emails I had assumed he was much older.

What an inspiration the younger generation is. Another good example is the Richmond Business Alliance, the local LGBT-friendly chamber of commerce. The organization was established a few years ago by twenty-something Kevin Clay to help identify local LGBT and LGBT-friendly businesses. The group continually grew, now boasts over 100 members and has its own non-profit status. Most of the leadership is far from retirement. Very far. 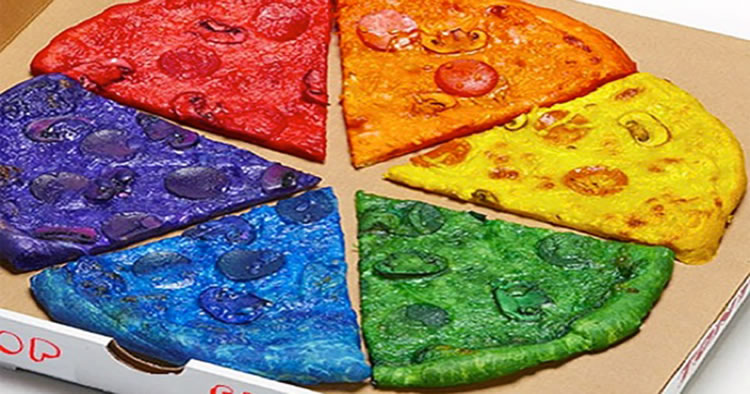 Like all of us, I have loved attending same-sex weddings these last few months. My first was watching Attorney General Mark Herring help Carol Schall and Mary Townley tie the knot in front of the John Marshall Courts Building. The blissed couple, like most of our gang who have marched to the altar, have already been together a long time.

Two men who I watched jump over the broom had been together for 25 years. When one groom was asked if he would love cherish and take care of his better half, he loudly replied, "Have been and will continue!" The congregation erupted into laugher.

Marriage is not the only change we are realizing

I recently attended a community partners breakfast sponsored by the Chesterfield County Police Department. As you know, we have made great strides in strengthening our relationships with local police. The invitation to participate in the breakfast is one result of those efforts.

Present was a diverse group of folks: Hispanic, Indian, Muslim, Christian organizations along with groups such as the NAACP and us. This was the first of many opportunities that Chesterfield will host to build bridges between the department and the communities they serve.

Several participants expressed a desire to have more conversations as sometimes members of their communities do not trust the men and women who wear badges for fear of not being treated fairly. Just recently, for example, the Richmond Free Press published an article addressing what to do if you are stopped by the police. Fear can abound based on prior experiences.

Being single on Valentine’s Day

Have you ever loathed February 14th? I have. While many look forward to celebrating the annual day for lovers, countless numbers of people hate Valentine's Day. If one is single, especially not by choice, watching others celebrate their love-lives can be painful.

I can remember as a "twenty-something" believing that if I only had a man in my life, that my existence would be just perfect. Oh, the ignorance of youth.

A healthy couple is comprised of two healthy single people. And becoming that healthy single person is not easy. It takes work, lots of self-examination and a willingness to take brutal honest looks inside. The hardest part can be making changes following that authentic examination.

Your support, be it financial, donating to Diversity Thrift, or through volunteer hours makes a huge difference as we address the needs of our community. Hardly a day passes that someone does not call or stop by your Community Center for help.

No better example than this morning. I had just arrived when a young man knocked on my door.