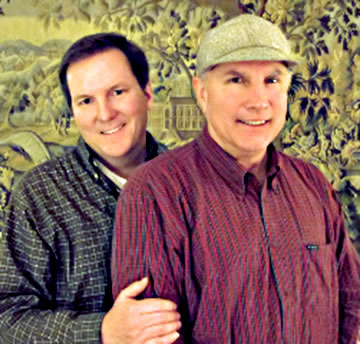 This year, The Rainbow Minute marked its 10th anniversary. The show first aired at WRIR, 97.3 fm in 2005. Former Richmonders Brian Burns and Judd Proctor have produced just over 2,000 episodes with the support of more than 200 volunteer readers, researchers, writers and editors. Some are heard on other stations around the world.

While Judd and Brian now live in Silver Spring, Maryland, most episodes are still recorded in Richmond. Judd says, "Today, about half of the ideas for episodes come from our listeners, volunteers, friends and neighbors. If you have any ideas just send us an email." Future episodes will be featured at DiversityRichmond.org.