Diversity Richmond partners with University of Richmond and The Valentine 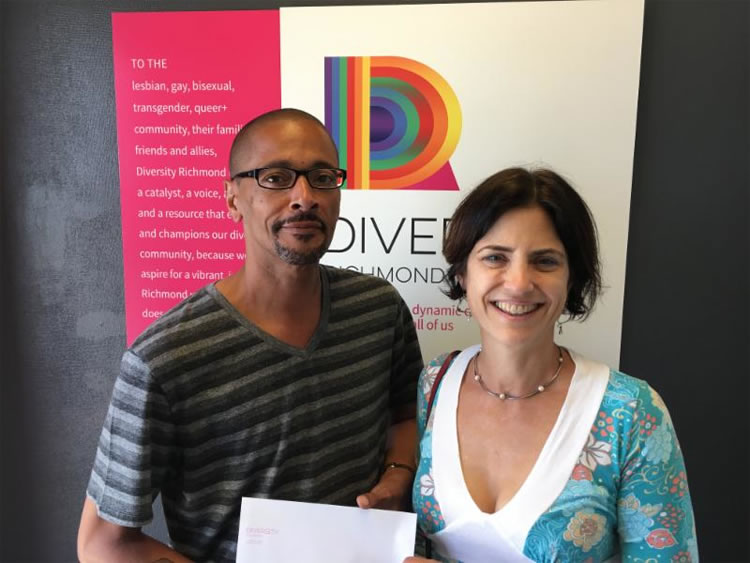 For several months, The Valentine has been working on an upcoming exhibit, Pandemic, addressing epidemics that have affected Richmonders. The project will include the HIV/AIDS epidemic and the impact that the disease had on our city. The HIV companion piece, HIV@RVA is being produced by the University of Richmond, through the leadership of Professor Laura Browder. The main voices of HIV/AIDS prevention campaigns during the height of the epidemic were of white gay men. People of color rarely saw their faces on posters and public service announcements or in any media form. As an end result, many people became infected because the lack of effective outreach. HIV@RVA will address the fact that the stories of people of color living with HIV-disease have gone untold, unnoticed and unappreciated. While much of the project work is being donated, Diversity Richmond donated $1,500 as start-up funds. “This is an incredibly important project,” stated Diversity Director, Bill Harrison. “We have a moral obligation to have a fuller story told and we are honored to play a role in this.”