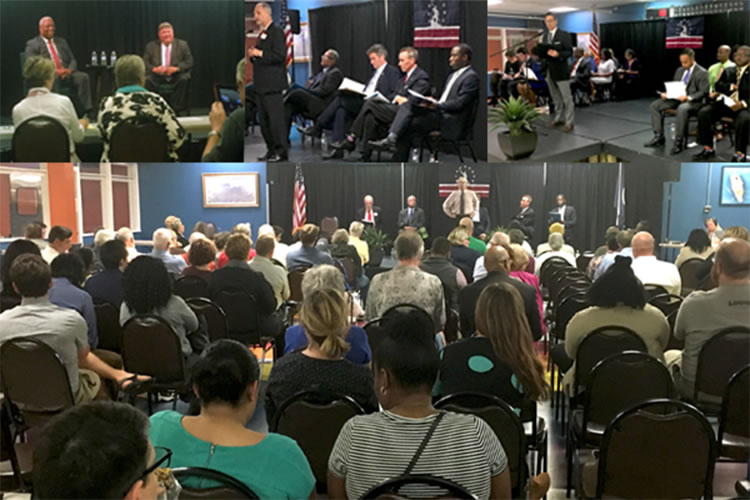 Over the past several weeks, four separate candidate forums were conducted at Diversity Richmond, bringing in hundreds of people to hear the opinions of candidates. The forums allowed contenders for city council, Congress, school board and mayor to share their visions with voters.

The forums were a collaborative effort of Diversity, A Philip Randolph Institute, Advocates for Equality in Schools, Alliance for Progressive Values, Brown Virginia, Coalition to Stop Gun Violence, Latinos and Amigos, Mothers and Others of Virginia, Senior Center of Greater Richmond, Sierra Club-Falls of the James, Virginia Organizing and Women-Matter.org. Local activist Roland Winston coordinated the meetings.