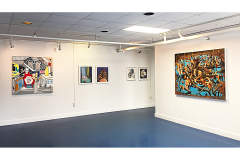 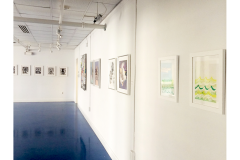 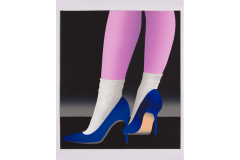 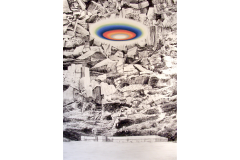 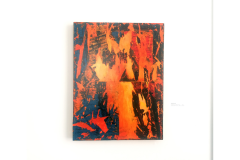 Jason Keith, Trying to put out the fire 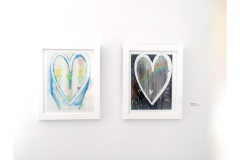 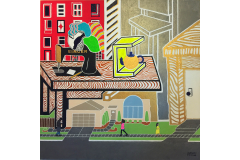 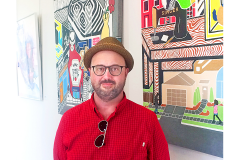 Norris wanted to have a comic theme for this show and sought out artists whose work could be formally tied back to the comics of his youth.

His own artistic beginnings were spawned from his love of the Saturday morning cartoon, Super-Friends. He repeatedly drew those characters until his family decided to encourage his talent for drawing. “My grandmother, employed by the telephone company, would bring me the sharpened-down black IBM-branded pencils used by the operators for me to draw with. I didn’t know a pencil was longer than three inches until I went to grade school,” he remembers.

His obsessions led to the comic book spinner rack in the local supermarket. Back then, comics were printed using four-color inks with a course dot pattern on cheap newsprint. Every week, he’d visit that spinner rack in search of a new adventure. Reflecting, Norris says, “I started to become cognizant that these comics contained universes.” Later, as a quiet gay teen in a small town, he began to feel isolated. Struggling to relate to the people around him, he disengaged from his surroundings and retreated into his four-color universe. “This is when I began to create worlds of my own.”

“The artists selected for this exhibition represent formal and narrative aspects of my four-color universe. Some of the artists, such as Anthony Meloro and Nathan Tersteeg, lean into illustration and favor the use of line in their work. A few, such as Brooke Inman and Blade Wynne, push into deep color saturation. Anthony Iacono, Vernon Payne, and Charlotte Rodenberg do a combination of both. All of the artists here make use of world-building with a hint of narrative and/or character, creating immersive works for the viewer to engage with.”

This exhibit is made possible by Capital One Art Program’s partnership with Iridian Gallery to bring their LGBT Pride Month exhibit to the general public.