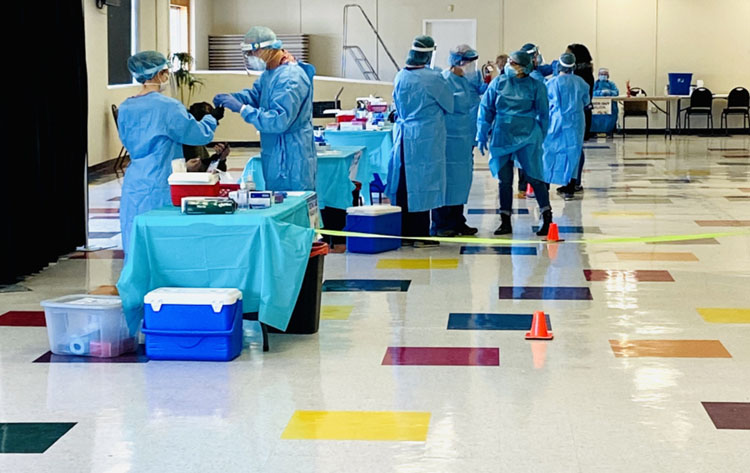 When I spoke with the contractor who recently cleaned our event hall floors, he said, “These are the dirtiest floors I have ever cleaned.” While I did not see that as a compliment, I shared it during a recent Financial Committee meeting somewhat as a joke, but it brought about inspiring conversation.

Co-chair Chris Moore said the comment made him think…”Of course the floors are dirty and I see that as something to be proud of.” And he’s right. That room has seen literally hundreds of thousands of feet since it was last cleaned. Every single scuff mark tells a story.

We’ve had countless numbers of events such as when we announced yet another year of grants; recognized outstanding volunteers and donors; karaoke and drag shows; news conferences; memorial services; the first Black and Bold Awards, the first Black Pride Festival in Virginia; anniversary and birthday parties; NACCP meetings, the Orlando Pulse Nightclub massacre service; a Black Lives Matter March and candidate forums…just to name a few.

In 2020, Governor Ralph Northam made history by signing the Virginia Values Act in the event hall. And in the last few months, the hall has been often donated to the Virginia Department of Health for COVID testing.

Committee co-chair Kevin Allison shared how his work in the Thanksgiving Community Dinners and the food drives had given him a new appreciation for the building…. and while asking for money to maintain the facility was not “heart-touching,” the true meaning of what we are asking for is support to keep “heart-touching” happenings alive.

We are happy to report that we now have some of the cleanest floors in town, and hopefully soon, footsteps will be marking the shine. And the heart of Diversity Richmond will beat as loud as ever.

Photo above: Shiny, bright floors greeted the Virginia Department of Health staff as they conducted COVID testing this week. Over the last few months, hundreds of people have been tested in the hall which is donated by Diversity Richmond.