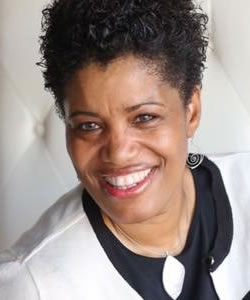 Former Chief of Police for North Carolina Central University (NCCU) where she was in charge of campus safety and emergency management for a student population of over 8,500 and a Campus Police Staff of 54 employees. Prior to her appointment at NCCU, Johnson served on administrative leave from Richmond Police at Virginia Union University, as the Interim Chief of Police in charge of campus police for the private, historically black university with a student population of about 1,900 students and directed a Campus Police staff of 16 sworn and civilian employees.

In her Richmond Police capacity, Chief Johnson held the rank of Police Major where she served the department as the Chief of Staff and LGBTQ Liaison. She retired from the Richmond (VA) Police Department on December 1, 2015. Johnson also held the rank of captain and was the commander of the Department’s First Police Precinct. She led a staff of more than 120 employees while serving the public safety concerns for approximately 30,000 citizens. She served 25 years with the Richmond Police Department prior to her retirement.

As a retired United States Army Reservist, Chief Johnson served our country for more than 24 years. She was assigned as a non-commissioned officer to the 80th Training Command (TASS) as the Equal Opportunity Advisor. She served with the 80th Division in support of the Operation Iraqi Freedom Mission and was awarded the Bronze Star Medal for completion of an exceptional meritorious tour in a combat zone in Iraq.

Chief Johnson is a proven leader with a demonstrated ability to excel in diverse environments through partnership building, extensive experience and quality communication skills. She has attended and graduated from numerous police academies, including the Virginia Forensic Science Academy. She has served as an assessment panelist in addition to serving on numerous committees and boards. Johnson has taught and evaluated several Police Science disciplines at several academies including, but not limited to, the Virginia Forensic Science Academy, the Richmond Police Training Academy, the Richmond Police Youth and Senior Academy and a host of other outside law enforcement agencies. She has graduated from several leadership trainings to include the Senior Management Institute for Police.

Johnson attends Mount Olivet Baptist Church in Petersburg, Virginia; under the spiritual direction of Dr. Reverend Wesley McLaughlin. She has been a member of Delta Sigma Theta Sorority Inc. for over two decades. She is the proud mother of two college students.