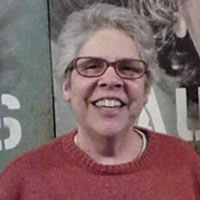 Let’s give a big Diversity Richmond hug to our new contributing writer, Mattie Coll. A Richmond native, Mattie is a retired writing instructor and a published poet and essay author. She can be reached at if you have a story idea.

Diversity Richmond Thanks You For Your Support! 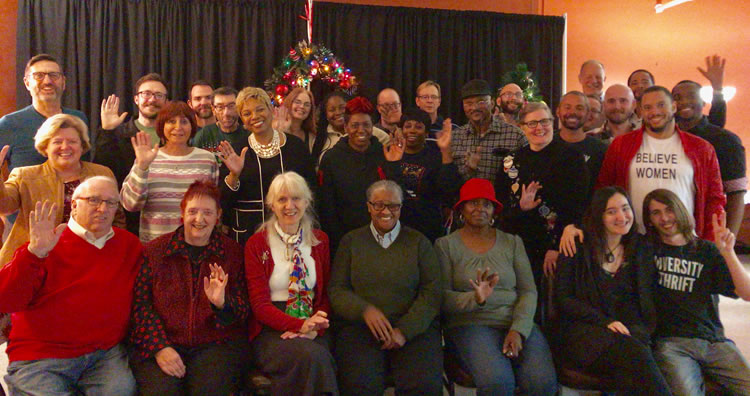 Pictured are board members, staff and a few volunteers who want to say thank you for another phenomenal year. This past year had challenges, but we met them with vigor and success. Your on-going support has made many good things happen. Happy New Year everybody!

Diversity Richmond plays such an important role in the community

When Iridian Gallery volunteer Lisa Cumbey was telling Kate Magee about the gallery’s present show, “Beyond The Valley of Wigs In Space,” the idea of having the next Meet-Up event at Iridian immediately came to her mind. Kate and her spouse, Sierra Knight Magee have been coordinating the Meet-Up events since 2006. While most are socials, periodically they are fundraisers.

“Diversity Richmond plays such an important role in the community, to be able to support them and raise awareness is something we feel very strongly about,” shared Kate. “Plus bringing people in to see this extraordinary show was a real plus.”

Iridian volunteer Lora Beldon was most appreciative of their efforts. “The need to raise funds to support Diversity and Iridian Gallery is huge. We are the only art gallery in the south with our sole mission being to support LGBTQ artists. We are continually sharing our story to build awareness.”

To learn more about the group, which now has over 2,000 members, email Kate at Kmicoverage.com. 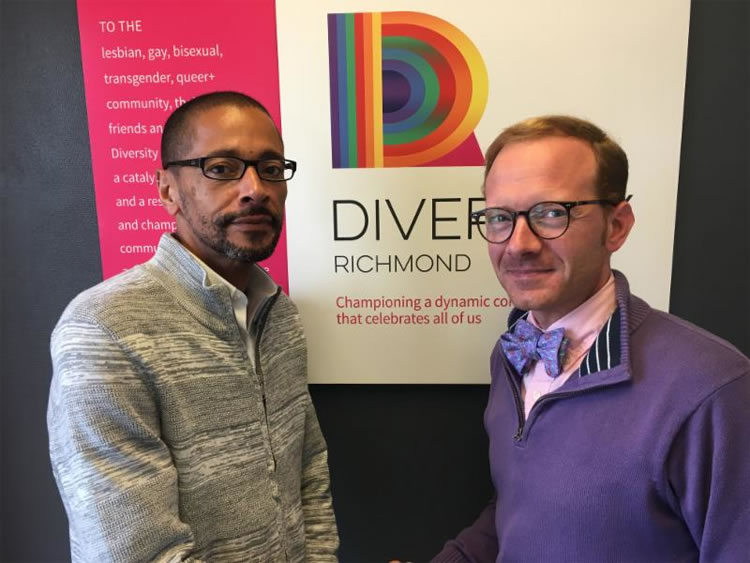 We are proud to share that Diversity Richmond is now a member of the Better Business Bureau. Our deputy director, Rodney Lofton, completed the strenuous application process (we had to prove our worth) and as end result, we were accepted into this prestigious association.

Being a BBB member ensures our customers and donors that we adhere to the highest degree of integrity and that we have a solid track record of marketplace trust. Pictured are Rodney and our BBB associate, Benjamin Babour. 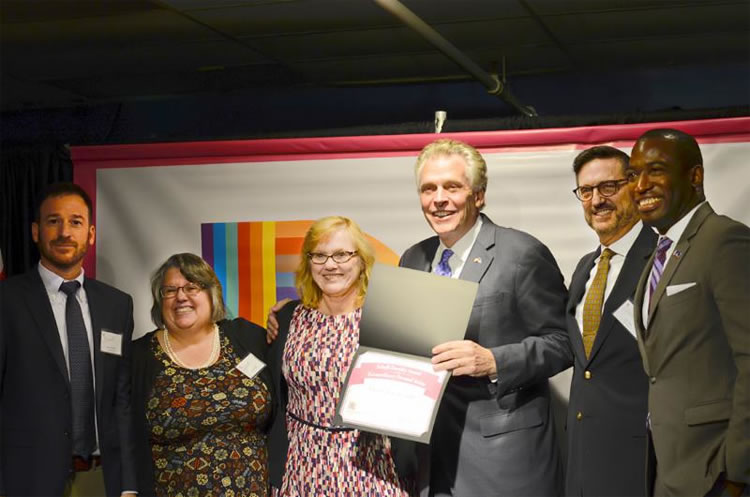 November 28th was a red letter day for the Diversity Richmond family. Governor Terry McAuliffe, Mayor Levar Stoney and VCU President, Dr. Michael Rao were among the many who celebrated the work of our organization. The Governor received the Schall-Townley Award for Extraordinary Personal Action for his steadfast support of the LGBT community. The recognition is named for Carol Schall and Mary Townley, two Richmond women who successfully challenged Virginia’s unfair marriage laws.

VCU’s Dr. Rao and the school’s Chief of Police, John Venuti, were recognized for making possible the planting of a transgender memorial tree at the VCU police headquarters on Broad Street. Included in that award was local activist Kenneth Decker, whose vision of the tree memorial became a reality. Kenneth also brought the annual Transgender Day of Remembrance annual event to Richmond.

Receiving the “We Stand on Your Shoulders Award” was Willie J. Dell, an early ally for the LGBT community and the first African American woman elected to Richmond’s City Council. Also receiving the award was local therapist Dr. Donnie Conner for his years of community support, and Richmond Triangle Players as they celebrated their 25th anniversary.

Richmond Mayor Stoney brought long-time activist Guy Kinman to the stage as we celebrated his 100th birthday. Mayor Stoney read a lengthy proclamation by the City, declaring Guy’s birthday as “Guy Kinman “ for the City of Richmond. Wow.

Since 1999, Diversity Richmond has contributed nearly $1Million to local LGBT and LGBT-friendly nonprofits. This is made possible mainly by Diversity Thrift and Diversity Bingo proceeds. Diversity also bestows thousands of dollars each year by donating free meeting and storage space to nonprofits.

Those organizations funded this year are:

Beyond the Valley of Wigs in Space Tee Shirt 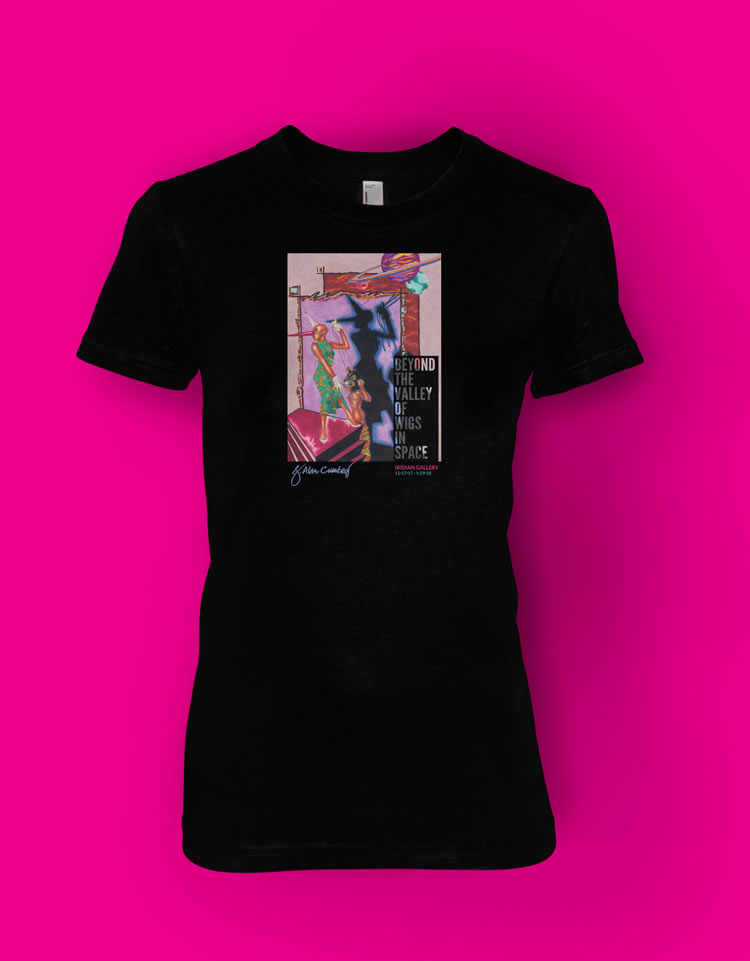 It’s that time of year again when Diversity Richmond shares the goodness that our community has made possible. We have $15,000 to fund projects that support the LGBTQ community.

Since 1999, Diversity Richmond has granted more than $955,000 to LGBTQ and LGBTQ-friendly organizations. This is made possible through proceeds of Diversity Thrift, Diversity Bingo, special events and our generous donors. The organization also grants free meeting and storage space to nonprofits. Last year, more than 8,000 people used our building for free.

The board, staff and volunteers of Diversity Richmond gratefully acknowledges the support of our wonderful community. We could never do what we do without you.

Several years ago when Diversity board member, Robyn Bentley was coordinating our SAGE program and reaching out to seniors, she forged a relationship with AARP. That friendship has continually grown and has benefited everyone. For the second year, AARP sponsored the huge tent that Diversity Thrift used at the recent pride festival on Brown’s Island. That $1,000 donation enabled us to have a much larger space and sell a record number of items.

AARP has also supported several special events and fundraisers. Actually, the organization is a sponsor of this year’s Scarey-Okey.

According to the AARP’s Genea Luck, the partnership has also benefited AARP by reaching a large number of people that may have otherwise never have become connected with her organization. “We love working with Diversity and look forward to future events. It is a great means to ensure that everyone knows that AARP has benefits for everyone, that we are an inclusive organization.”

AARP is a great example of responsible corporate leadership and a wonderful example of what’s good about America.

Black History Museum and Cultural Centermaking history on its own 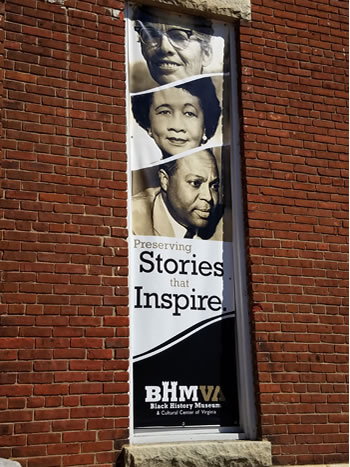 This past February, Diversity Richmond reached out to the Black History Museum & Cultural Center of Virginia to host a number of events in recognition of Black LGBTQ History Month. The month- long recognition celebrated the contributions of Richmond’s Black LGBTQ Community.

That partnership continues to flourish, as Diversity Richmond prepares for the 2nd Annual Black LGBTQ History recognition this coming February 2018.

I recently received an email from interim executive director Adele Johnson, stating, “I hope you can stop by, I have something to share with you.”

Without hesitation, I responded. I have to say when Adele reaches out to you, you can be assured that it is something exciting. On a recent visit/meeting with Adele, she shared with me original printing of the black LGBTQ publication BLK. With the magazine folding, they elected to share their collection with the Black History Museum & Cultural Center of Virginia. What a treasure of Black LGBTQ history and stories, reflecting our experiences, now housed at BHMVA.

As always, I was greeted by Heather and Ms. Mary, staff members of BHMVA as they initiated a call to Adele that I had arrived. The always elegant and stunning Adele greeted me with a warm and friendly hug and that smile, what a smile.

She thanked me as we headed out the door to the surprise that awaited me. She shared a previous conversation she and I had a while back, about the possibilities of BHMVA including the work and history of the Black LGBTQ community. As we headed around the corner to the Leigh Street view of the building, she shared, “I took your advice.” And there it was.

“Pauli” Murray, struggled with her gender and sexual orientation, although her long term relationships were with women. She shared that she sometimes felt like a man, trapped in a woman’s body.

“A true history maker in his own right” 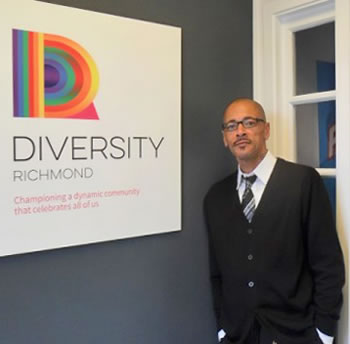 Little did Rodney Lofton know when he joined the Diversity Richmond Board of Directors a few years ago where that move would take him. At that time Rodney was executive director of The Renewal Projects, an organization that conducted retreats for people living with HIV/AIDS. Due to a decrease in funding, the organization closed its doors.

During that same time, the program coordinator for Diversity Richmond moved out of state. Diversity’s Bill Harrison asked Rodney if he would fill in until a permanent replacement had been found. “Well, that was one of the best decisions I have made since I came here,” laughed Bill. “I knew Rodney was a good catch and was so taken with his vision of what this place could become. So I asked him if he’d take the job. Thankfully the answer was yes.”

Since that time Rodney has accomplished much. So much, in fact, that he was recently named deputy director. Rodney is the first African American to be hired to a senior level position at Diversity Richmond, a history- maker in his own right.

One of his accomplishments that Diversity is quite proud of is the concept of and the orchestration of Black LGBT History Month last February. The recognitions included a gala where African American LGBT leaders were recognized for their contributions; a series of community conversations at the Black History Museum and Cultural Center of Virginia as well as forums held at Diversity Richmond. The partnership with the Black History Museum is believed to be the first such in the nation.

“We had hoped to have at least 50 people attend the gala,” said Bill. “We had over 200. It was one of the most powerful evenings I have seen at Diversity. We had so many people here who had never been to Diversity before.”

“Rodney is one of the best things that has ever happened to Diversity,” shared Board Chair, Art Toth. “In such a short period of time, he has tremendously grown our outreach. His vision enhances ours. He is a true team player and a leader.”

Rodney has a national reputation as an HIV/AIDS educator and has authored two books. He is a prolific speaker and can address most any LGBT issue. Rodney and his husband, Faron, live in Richmond’s Northside. He may be contacted at or 622-4646, ext. 203. 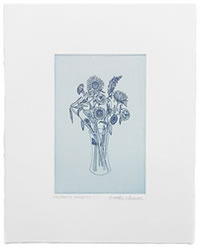 Community Supported Prints produces limited edition works for the express purpose of benefitting non-profits that fight the good fight -- and sometimes lose -- on a daily basis. Their current offering benefits Diversity Richmond, and is available until Sept. 13.

Created and designed by Richmond based artist, Brooke Inman, this etching is hand-printed on Hahnemühle Copperplate paper. Entitled "Celebrate Diversity," each print is signed and numbered by the artist. JUST $35! Would make a great gift.