We build. We bridge. 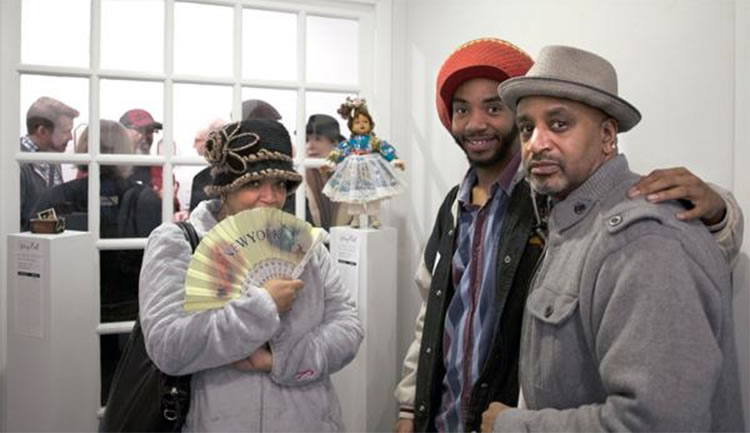 I have often written about what I term, a "Diversity Wow Moment." During my tenure here, I have had many. Last week I experienced two the same night.

It was at the recent Iridian Gallery opening of "Bling It Out," an invitational of works by local artists who used Diversity Thrift purchases to create art. The event drew our largest gallery crowd yet, and just about everything sold. The energy in that room was electric. Lots of laughter, hugs and community. It was wonderful to watch.

Then the first "Wow" happened. I introduced myself to a young man who I thought to be an exhibitor. After a few minutes I realized this "young man" was a former ROSMY youth I had met several years prior. He is now a third year art student at VCU and wants to join the gallery committee. He spoke of how inspired he was by Iridian.

Then a few moments later I was introduced by another young artist to his parents. The father shared how thankful he was that his son had found "somewhere he could be himself and grow as an artist."

One by one, we make a difference. We change lives. We build, we bridge.

We work every day at Diversity Richmond to grow as a community center, that place where folks "can be themselves." Be it the transgender support groups, twelve-step programs, any number of community conversations, political candidate forums or times where we have fun and amateur singers compete for cash prizes.

The past year has been a mixed bag. We have celebrated often, mourned together and challenged each other to grow as individuals and as a community. Through all of it, your community center has been ever present.

Our next year will bring new challenges, innovative responses and the need for a truly united community. And once again, your community center will be at the forefront, leading.

Thank you for your continued support. We could never do we what do without you.

Pictured: Iridian Gallery steering committee member, Justice Dwight, center, with his parents, Crystal and Rall Elder at Bling it Out!