Protect Your Family and Your Assets with Marital Agreements 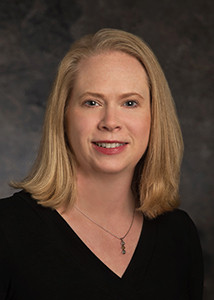 Recent federal court rulings, federal regulations, and the resulting administrative actions in the Commonwealth of Virginia have allowed same sex couples to marry and to adopt children. Inevitably, this means that lesbian and gay couples will also divorce, need custody determinations, and inherit property from their spouses.  Essentially, Virginia family law is now gender neutral, as outlined below.

Many couples consider assets acquired during their committed relationships—prior to legal marriage— to be marital property, while Virginia law strictly defines marital property as that acquired during the legal marriage. To avoid potential discord, I recommend that couples enter into pre-marital or marital agreements.  Such contracts may be used to define what is marital property, what is the marital share of a retirement plan, to define or limit spousal support in the event of separation or divorce, and to address estate rights.

Marital agreements can also be an important element of an estate plan. Couples who have children from prior relationships may wish to make provisions for those children, or should at least be made aware of the rights of their current spouse. Beneficiary designations will also need to be checked and possibly changed at divorce, if the former spouse had been named on a life insurance policy or retirement account. In the event of the death of a spouse, widows and widowers will be entitled to the elective share of their spouse’s estate, unless they have a pre-marital or other agreement that defines those rights.  The same sound reasons to draft marital agreements apply to all couples, same-sex or opposite-sex.

Agreements can be drafted prior to marriage (commonly known as “prenups”), during marriage, or after divorce. Each type of agreement has pros and cons depending on the circumstances. Timing can be a delicate issue, but an experienced family law attorney can help smooth the process. Whatever the type of agreement, it is important that each party fully disclose and describe his or her property in concrete terms.  Both parties should be aware what they may be entitled to and what they are giving up, or the agreement may be unenforceable due to lack of disclosure or fraud.

Well-written agreements can help prevent expensive contested divorce or probate litigation. Alternative processes such as mediation or collaboration can be utilized to dissolve a marriage under the right circumstances and with the proper documents.